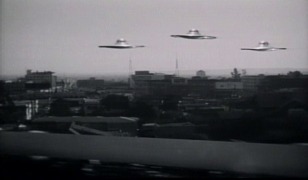 I rewatched Ed Wood’s “Plan 9 from Outer Space” recently, and it is a long way from being the Worst Movie Ever Made.

Are we talking incompetence? Then I give you “Manos: The Hands of Fate.” The budget for this film couldn’t handle a belt for the star, whose pants keep falling down. (And no, it’s not for dramatic effect.)

“The Incredibly Strange Creatures Who Stopped Living and Became Mixed-Up Zombies,” in addition to having no plot, is also a musical.

And “The Terror” is completely incomprehensible from start to finish.

How about high-budget films that are awful? “Dirty Grandpa” comes to mind, with America’s greatest living actor (Robert DeNiro) mugging over mastburbation jokes.

Or the group version, “Last Vegas,” in which DeNiro and other fine actors who really should know better allow their elderly characters to be infantilized.

I review “regular” movies for a newspaper. Nine out of 10 are horrible.

When they aren’t boring, bloated, and banal, they are pretentious, preachy, and predictable.

It’s a miracle “Plan 9 From Outer Space” was made at all. Wood had no money, a dead star, and a cast for whom the term “nobodies” would be flattering.

And yet it is, in a modest manner, quite entertaining.

So what excuse do modern filmmakers offer for high-dollar dreck  like “Dirty Grandpa”?