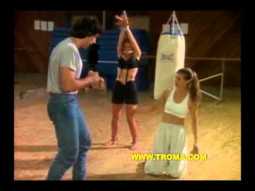 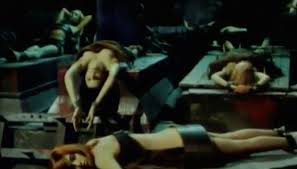 Top: Belcebu, the world’s worst Satanic rock band getting down while the audience enjoys themselves in unique ways. Bottom left: Johnny smacks around a martial arts babe while a lesbian blood sister does calisthenics. Bottom right: A slow night in the dungeon of Count Regulu, after he delivers one of his patented 15-minute revenge lectures.

It looked promising: the immortal Christopher Lee in an adaptation of “The Pit and the Pendulum;” made in Germany, in 1967, perhaps trying to out-hammer the Hammer Studios in girls ‘n’ gore.

What could go wrong?

And once they get there, the count seems determined to talk everybody to death.

As I scour the offerings on Amazon Prime, I realize there is a reason these films are being given away, in effect.

It’s because they are lousy.

Another case in point: The incomprehensible “Belcebu: Diablos Lesbos” (which even I can figure out), or “Belcebu: Tomame, soy tu puta del infierno” which is a little trickier but boils down to “Take me, Beelzebub, I’m your bitch from hell.”

This exciting Spanish horror film is shot in the dark. I had to check the settings on the TV to make sure I hadn’t set it on super-dim by mistake.

There’s this junkie hooker and she goes to jail for a while and when she comes out she goes back to her old ways but in the meantime her old squeeze Toni has become Belcebu the death horror Satan rock star and they have a party and there’s sex and devil stuff and really horrible devil rock and fat businessmen in their shorts and the Devil in the bathtub and heroin and everything burns up and it’s in Spanish with half-hearted subtitles.

Rounding out this Trio of Tripe is “Blood Sisters of Lesbian Sin,” which stars a guy who looks like a tall Tom Cruise, minus the Scientology, and some witch sisters from Golgotha County, only one of whom appears to be of the lesbitatious persuasion.

This film was shot with decent lighting and features eight distinct sets of breasts.

Plus lines like this: “Please don’t hurt me any more. I can give pleasure as well as pain.”

The last two flicks are distributed by Troma, but on Amazon, at least, the viewer is spared the idiotic Lloyd Kaufman introduction that the DVD won’t allow you to skip.

Taken together these three turkeys get two coils. 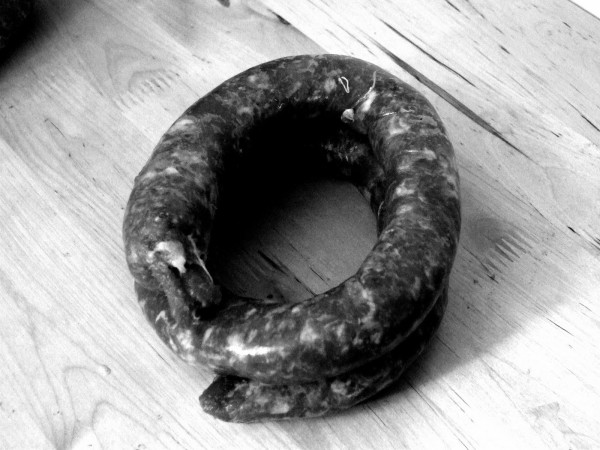